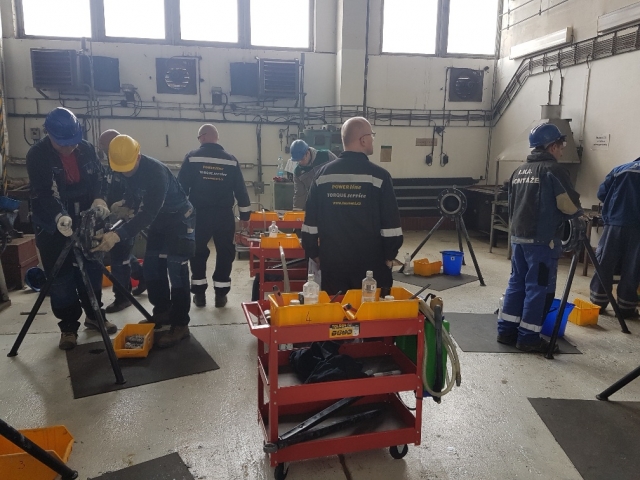 Based on the request of Slovnaft as, external workers from the assembly of flange joints were inspected before the shutdown of 2019 between 23 and 30 April and 9 May 2019 .

The testing took place on training flanges . The individual steps of safe disassembly and subsequent assembly of the PS were evaluated. Great emphasis was placed on the inspection of the bearing surfaces, the condition of the connecting material and seals, as well as on the lubrication of the connecting material, the installation of the seals and the subsequent controlled tightening. The fitters performed tightening according to the cross rule with the specified tightening torque in 4 steps with a torque wrench. The individual steps of the safe disassembly and assembly procedure were scored and finally evaluated together with the pressure test.

The purpose of the evaluation was an overall assessment of the assembly capabilities of the installer. If the examinee did not have a basic knowledge of the installation of the PS, he did not pass the test.

Around 10 companies from about 5 countries were registered.